We have some great news to share with all the fans of Macedonian gaming. The Macedonian studio that goes by the name Koloss Kolektiv recently had its first game published on Steam, cementing its place next to several other Macedonian games. Slimebrawl’s Koloss Kolektiv is made of the trio Martin Pupkov, Aleksandar Trajanov and Blagoja Stojkovski. Their names might ring a bell from other places, such as taking part in Global Game Jam. Speaking of which, we have events such as these to thank for Slimebrawl. Initially, it was part of a Ludum Dare project, but the final product couldn’t come to fruition on time for the event, and Koloss Kolektiv decided to continue working on it and, when the time was right, publish it on Steam.

SlimeBrawl is one-versus-all-brawler and players can take part in 2-4 player matches, trying to collect the most slime. The interesting part comes into play when you realize that the slime you collect is actually enemy’s health that’s lost with each hit. This, in turn, opens up possibilities for that same enemy to restore hit points by collecting that very slime at a later opportunity! 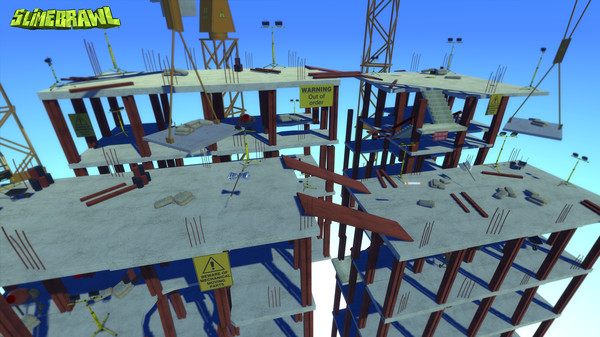 And don’t you dare think of hiding or running behind obstacles since all of the maps are destructible! After five excruciating rounds, 90 seconds each, the winner is whoever packs the most slime!