It’s a widely-known fact that the air in several cities in Macedonia is toxic. Fortunately, recent climate changes have allowed us to breathe slightly cleaner air, but it goes without saying that an efficient solution is needed if we are to avoid the same or even worse air toxicity in the coming years. SkopjePulse, by Netcetera could very well be the crucial piece of the puzzle. It’s an IoT platform that, with its data, can contribute towards coming up with a more relevant solution.

SkopjePulse is an Iot platform and a solution for unification of all climate data. This platform collects the data from LoRaWAN sensor network and is open to integration with other third party platforms for collecting environmental data.

‘SkopjePulse’s end goal is to serve as a monitoring portal that not only offers solutions for environmental problems, but it also functions as a warning system. ‘ 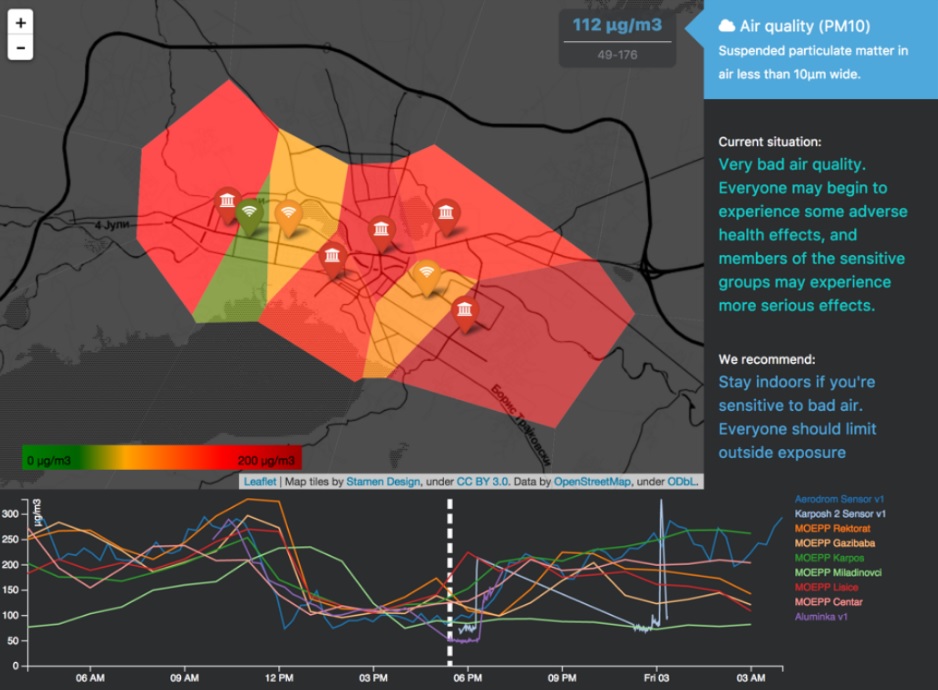 Why did you decide to come up with SkopjePulse?

‘Out motive was to make an IoT platform for Skopje and to cover all of the technical aspects, such as setting up open LoRaWAN network, creating generic back-end system that can integrate with different devices, user interface for network management as well as a visually appealing front. The moment the technicalities are out of the way, our system is to evolve with the input from our users: the data and the code for the devices is open to the public, the platform will be documented and will be on standby to help integrate proposals and solutions by the community. The LoRaWAN network is part of the global crowdsorced IoT network TheThingsNetwork, which is also open and free to use. Everyone can log in, create an app and register LoRaWAN devices that are part of the network. The apps, as well as the devices function in the same way no matter the destination, which means there’s no roaming that you need to take into consideration; each app and device can register and log in from anywhere in the world’ -says Panche Chavkovski, from Netcetera.

How does this look from the user’s perspective, in case of high level of pollution will users receive notifications from apps or from the social networks?

‘We’re still in the beginning stages of the project and new, additional functionalities are yet to be implemented. At the moment, the system is open for the public in terms of collecting data and making the said data visually available, as well as letting the community add grades and suggestions. Users who are in a possession of a sensor have additional access to the dashboard part of the system which, in turn, gives them more control and insight into the whole process. The possibility for active notifications sent to the users, sensor owners as well as the public in general is still a work in progress. What interests us the most is to be able to collect as much data as we can and then use it to come up with the right approach for further development. ‘

How do the sensors work, what do they measure and do they offer insight into things other than audio/ air pollution as well as humidity? What is necessary for the sensors to be at peak efficiency? Is it battery, network or Wi-Fi powered?

‘The system is generic and, as such, it can receive all kinds of information. Our sensors, whether they are for pollution, noise, temperature, or humidity, are the beginnings of a greater whole because they address one of the biggest problems in the city. Other sensors that we plan on offering in the future would be for level of surface water, and could play an instrumental role for critical underpasses and low points in the city. Then, there’re sensors for density of traffic and utilization of trash containers. It goes without saying that we are open to all suggestions and user input and, in case of valid suggestion, we are more than happy to make it a reality.

Depending on what is being measured, sensors require different power sources. For example, for the measurement of PM particles in the air, the sensor is in need of more power and, therefore, it would require electric adapter or a combination of high capacity mobile battery and solar panel. On the other hand, the sensor for measuring surface water is not even close to being power hungry and it can operate for years on end with just one ordinary battery. When it comes to connecting to the network, devices can connect to TheThingsNetwork LoRaWAN or, in case that’s not a valid possibility, they can use Wi-Fi. ‘ 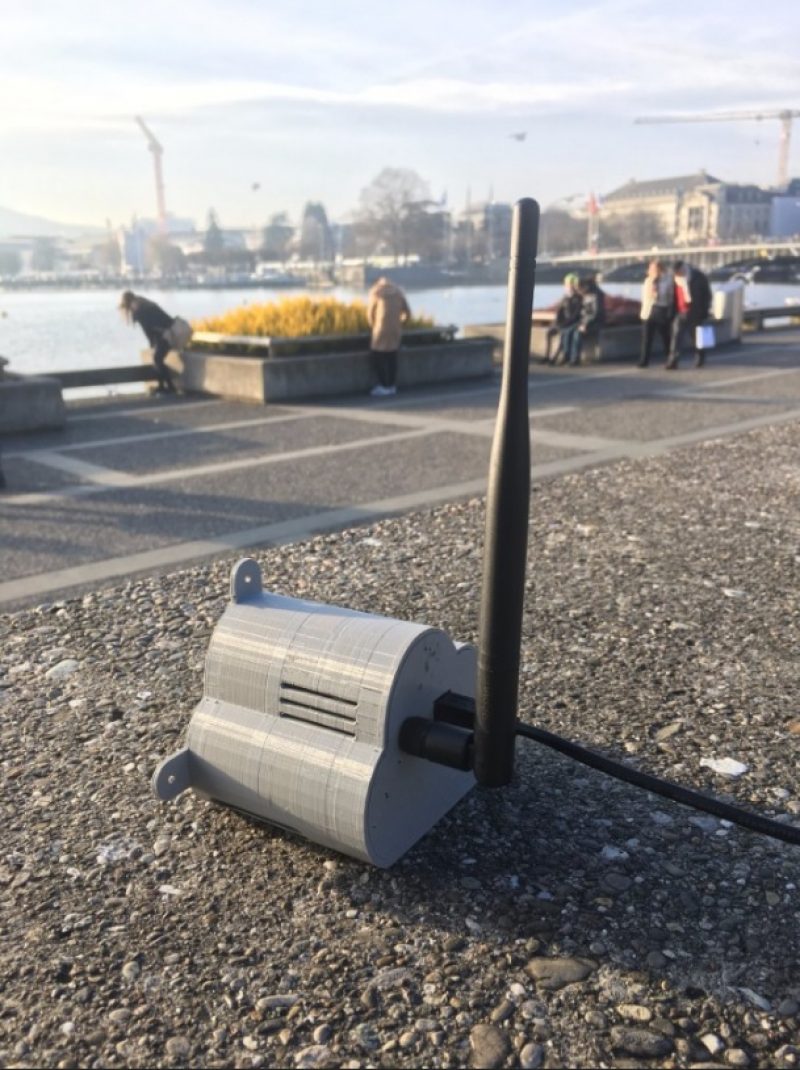 Has the municipality offered to help and, if not, how do you think they can contribute?

‘So far, no one has contacted us, there hasn’t really been any reason for it. The sensors that we use are issued to the interested citizens who, in turn, install them on balconies or in their own back yards.’

How can citizens contribute?

The citizens are the project’s lifeline. The more citizens take part the better the project becomes. To be able to go even further, we’d need support not only for networking but also for juggling suggestions and constructive criticism. Furthermore, since the data is open, anyone can use it to experiment, become more knowledgeable or use it to make other apps based on SkopjePulse.