2001 is finally here, and you are faced with a decision of a lifetime: should you create a hardware or IT related startup? That’s your prerogative in the video game The Founder. Developed by Francis Tseng and funded, in part, by Kickstarter, the game lets you put your startup idea to the test by using a small chunk of investor’s money and eventually build an empire that will stand the test of time. 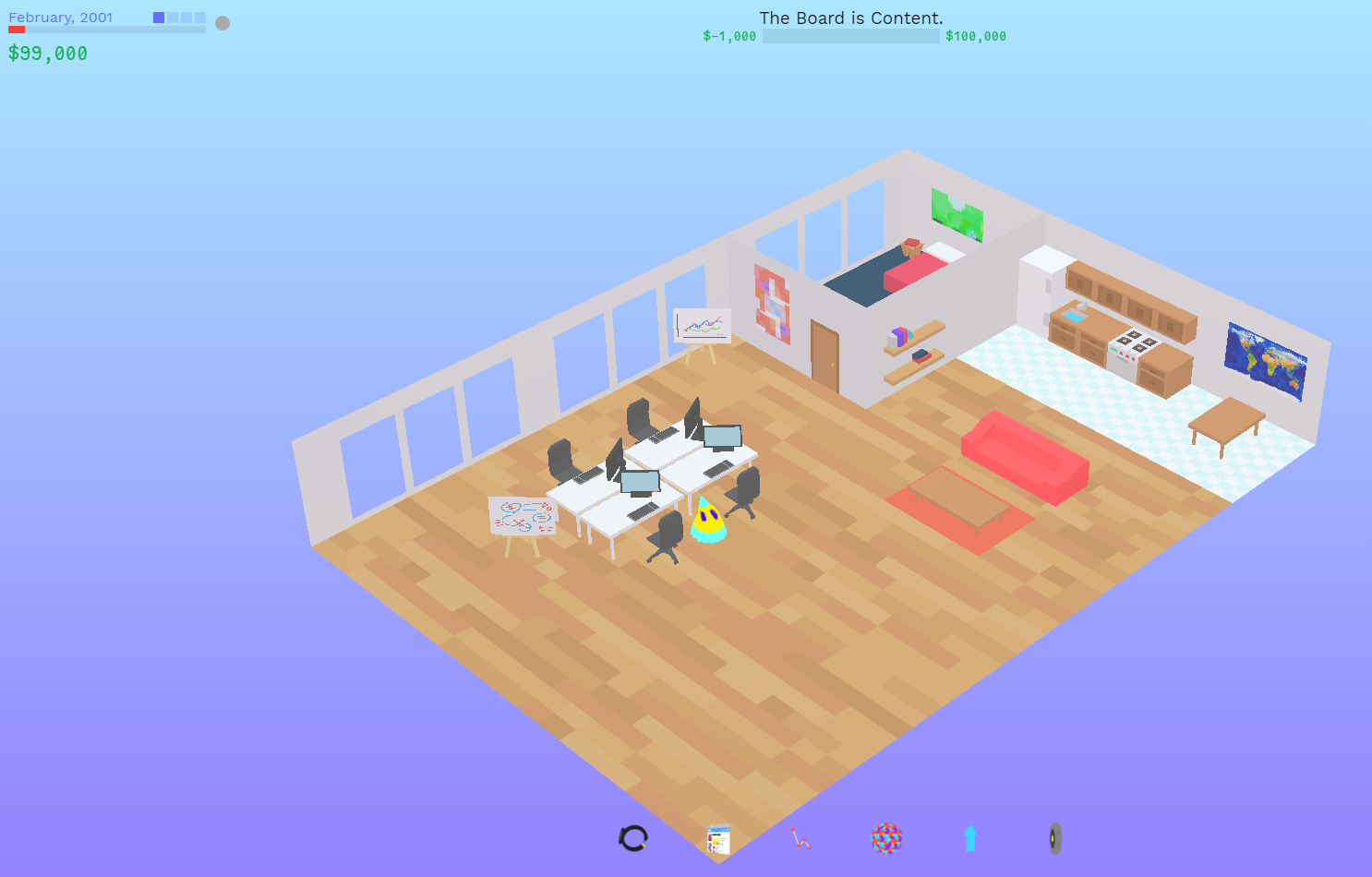 At the beginning of the game, the player is faced with a simple choice: what city should the company be founded in, and who should be the co-founder. Depending on the chosen city and co-founder, you mind find yourself enjoying different perks. For example, choosing San Francisco will improve upon the skills of the engineers and designers.

Certain elements are in the game just for purely symbolic reasons but it is still possible to understand some of the problems that entrepreneurs face. Choosing your employees might be the best example and you can try to discover young talents during fairs, fish them out of companies that specialize in your line of work, or simply rely on your employees’ recommendations and employ their friends. The possibility to upgrade your employees however you see fit, may result in different outcomes and if one was doing a great job in the beginning of the startup may end up doing a terrible one at a later date, if neglected.

You have several technologies at your disposal but the options multiply as you progress and you may come across the ability to patent all kinds of innovative, technological wonders. As for the ending, well, you either go for it as long as your heart desires or until you start losing money and, with it, the trust that the board of investors has put into you.

The Founder is free and it can be yours with a simple click! A word of caution, though, set your affairs in order before you decide to delve into the game. The Founder is extremely addictive and has the power to turn hours into seconds, which is a widely-known fact among The Sims fans and the like.