It is a widely-known fact that China is a global powerhouse. That’s twice as true when it comes to stealing other people’s ideas. Factories in Shenzhen, China have proven they can ‘borrow’ a Kickstarter idea for a product, repurpose and manufacture it in record time, Quartz.

A lot of companies are faced with the challenge of putting an end to lightning-fast copycats. Part of them, like with the Xiaomi case, originate from China. No matter how look upon it, though, the Chinese products no longer enjoy the notion of being cheap and fragile fakes. According to Jack Ma, owner of AliBaba, some of the counterfeits are of better quality than the authentic luxury goods.

Not so long ago, Apple claimed that China is their desired location for manufacturing due to their easily modifiable factories. Now, it would seem, Chinese factories are way too good and rise up to the challenge with even greater efficiency.

The latest copycat case is related to Yekutiel Sherman, an Israeli entrepreneur who started a Kickstarter campaign for designing, manufacturing and distributing a smartphone case that easily unfolds into a selfie stick. What he didn’t expect was to have his idea realized not by him but by Chinese factories. A week after the launch of the Kickstarter campaign and someone was already selling his product on AliExpress. These companies didn’t even want to bother to distance themselves from the author and even used the same pictures and descriptions that Yekutiel used to fund his campaign. 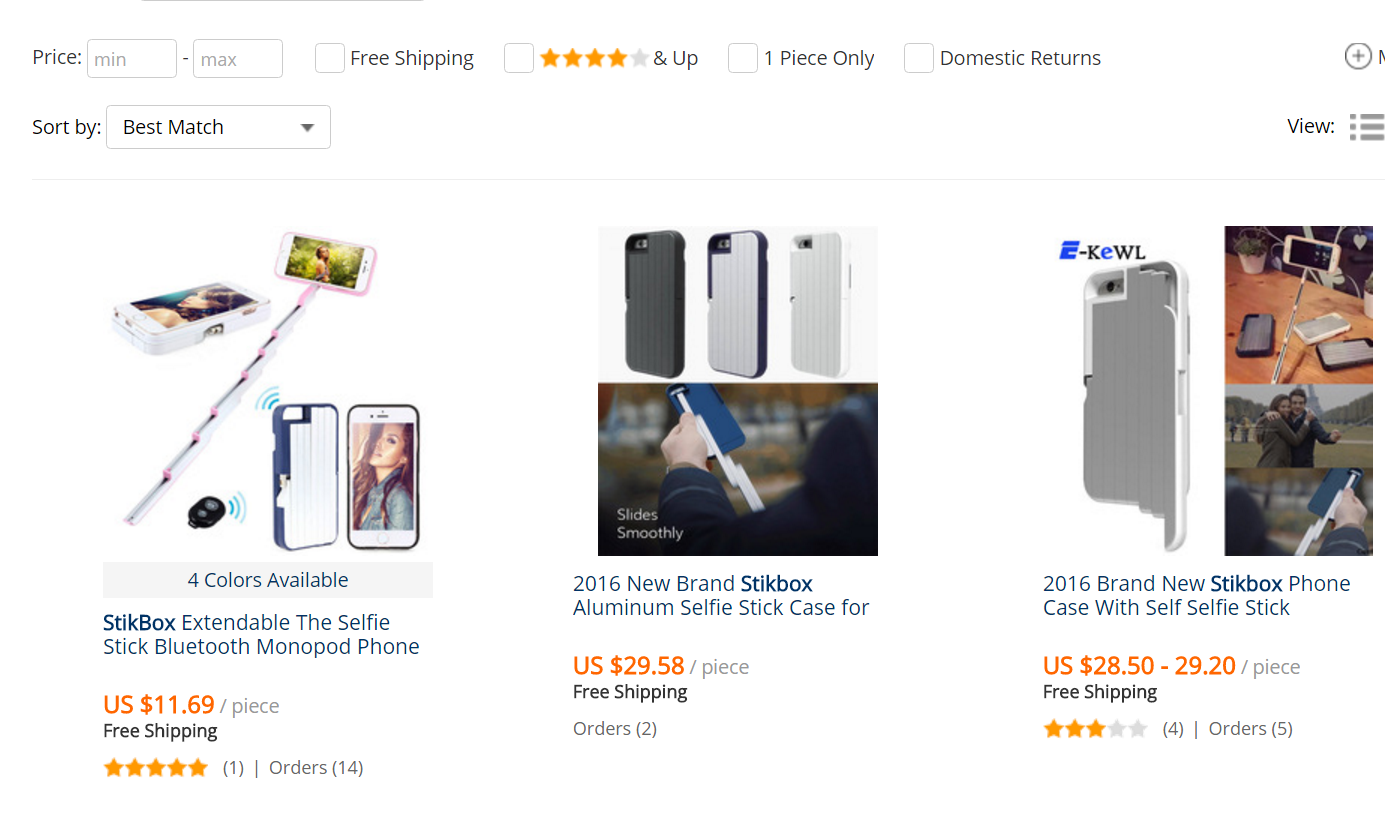 Not only the product was available sooner than expected but it also came with cheaper price tag; one third of Mr. Sherman’s asking price. The steep price, as you very well can imagine, infuriated the Kickstarter backers.

Mr. Sherman is not the only person whose product was stolen and made available for purchase by other third party companies. Small and new entrepreneurs are not the only victims in this scenario, and larger companies have also a painted target on their backs.

The reason why we are seeing so many counterfeits is the decision of western companies to have their products manufactured in China. Local factories must rise up to the challenge and the needs of the big companies since it’s more than evident that the Chinese manufacturers have become masters at not only creating quality products but also counterfeits of even greater quality.

The only thing that future entrepreneurs might do is to try to add additional value to their product. If they are manufacturing hardware, then they should accompany it with a software solution as well. Creating a recognizable brand is another way of protecting themselves. The best example that supports both of the claims is Apple and its iPhone. Chinese phones are usually cheaper and of equal quality when it comes to the hardware capabilities but the brand and the software is what’s setting Apple aside from the rest.