Which female video game characters drove the gaming population insane in 2017?  We’ve come up with a list of the most compelling and iconic characters that stay with you long after you’re done with the game. So, get cozy and dive into a memorable digital journey with some (or all!) of the following ladies! 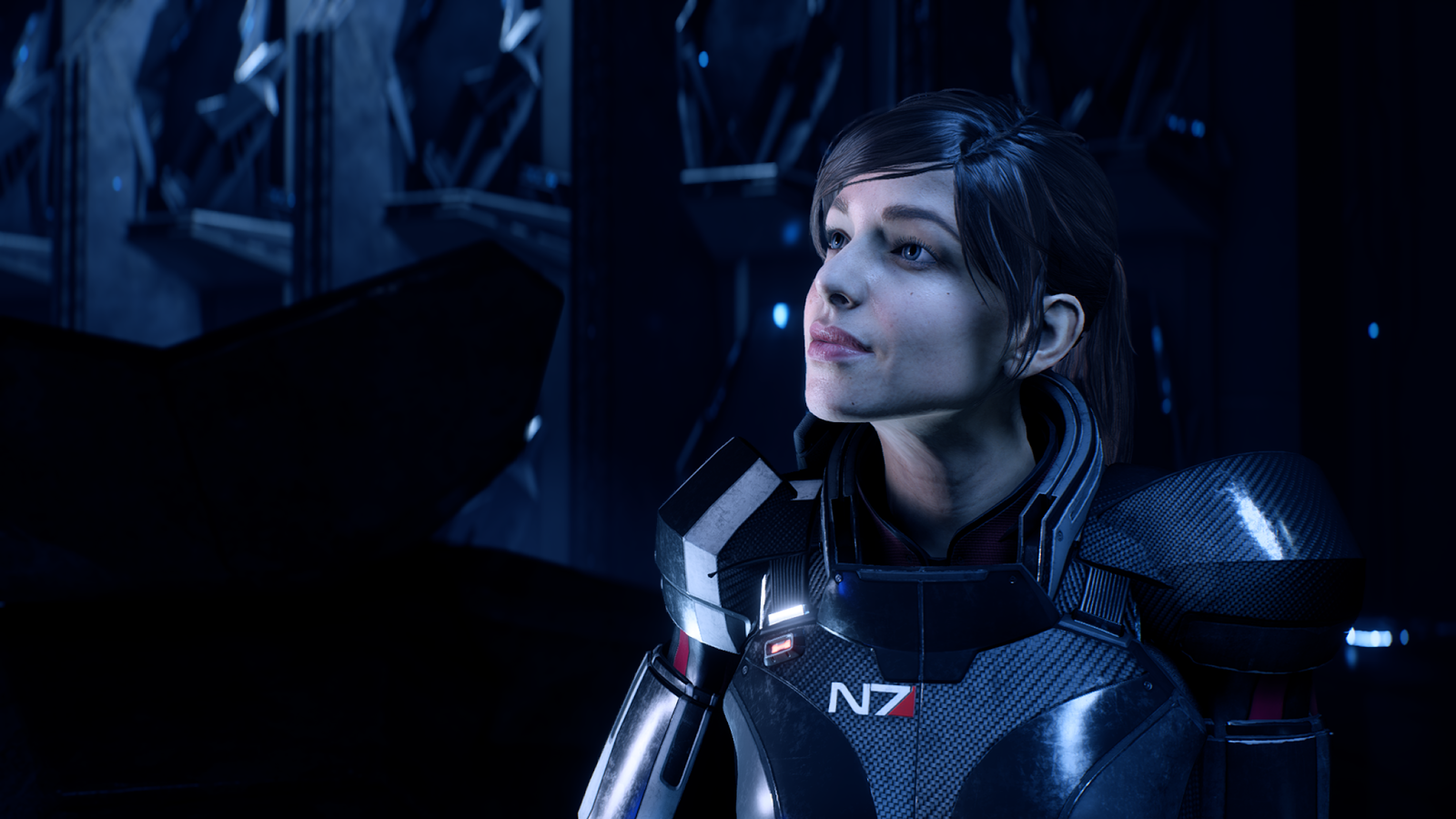 Say what you will of Mass Effect: Andromeda. In all fairness, Bioware did drop the ball with Andromeda and what we ended up with was a rushed product that’s unworthy of the Bioware brand. But, the strongest point of Andromeda continues being its story, especially the fleshed-out characters. Bioware lets you easily become enthralled in a space opera of great magnitude, with a male or female protagonist, in a similar fashion to the Shepard trilogy. For our first playthrough, we decided to go with Sara, promising ourselves we’d chose male Ryder on our second playthrough. The outstanding, emotionally moving performance by Sara’s actor, however, left us craving for more and, for our second playthrough, we found ourselves making the same choice. Against our will and not quite willing to let go, we chose Sara again. Some would say we have a problem. We’re not disagreeing on that one. 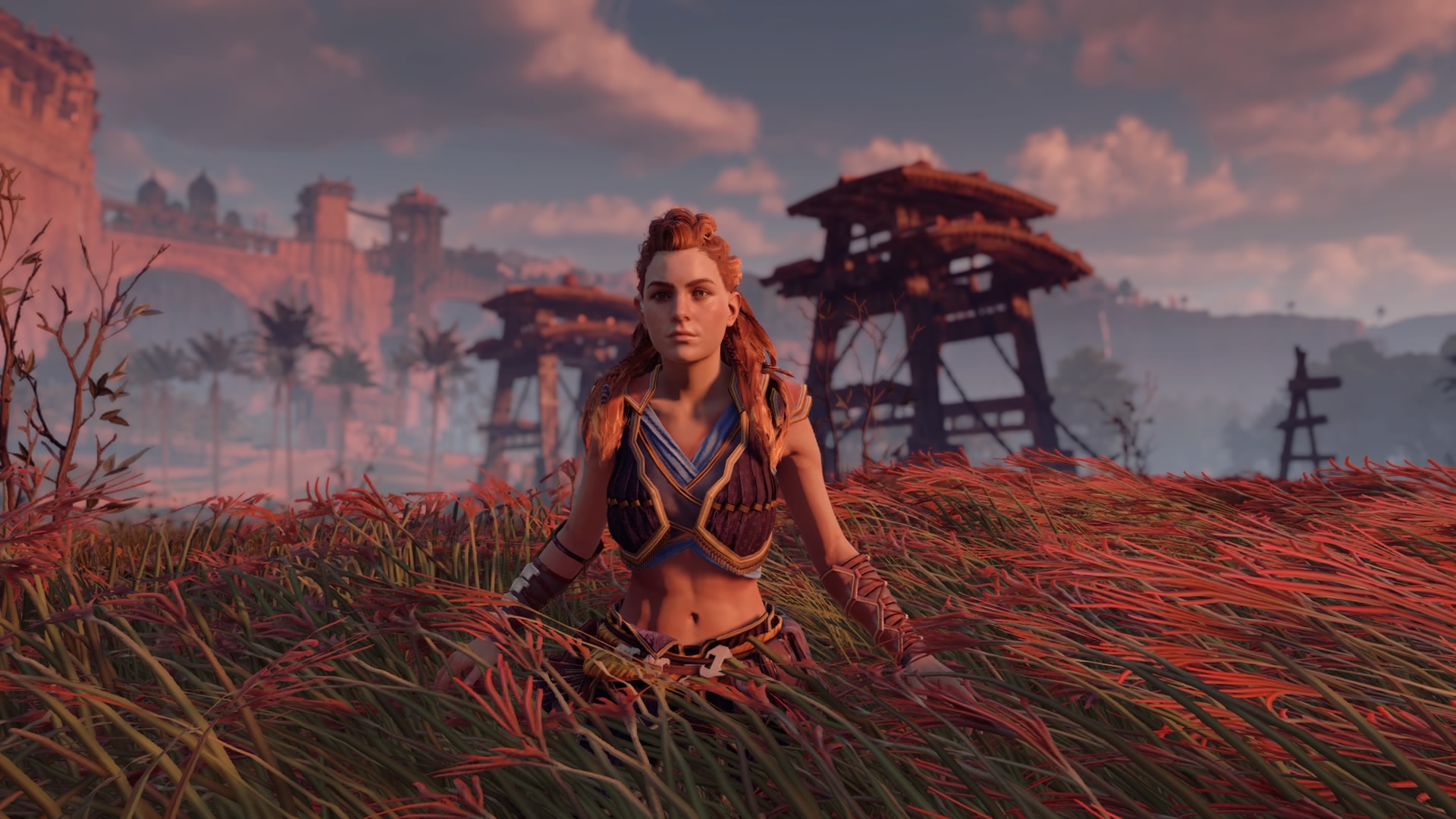 Most would like to be in touch with their wild side. All, however, would like to be with a girl who is the complete and true embodiment of the wild, unstoppable spirit. In short, that’s Aloy – a strong girl who’s not afraid to take her stand against the huge, metallic monstrosities in a demoralizing world that’s long given up on its residents. As a PlayStation 4 exclusive title that managed to sell extremely well, Aloy wins another battle and it managed to prove that gamers are hungry for games with female protagonists and that such titles are equally popular as titles with male protagonists. 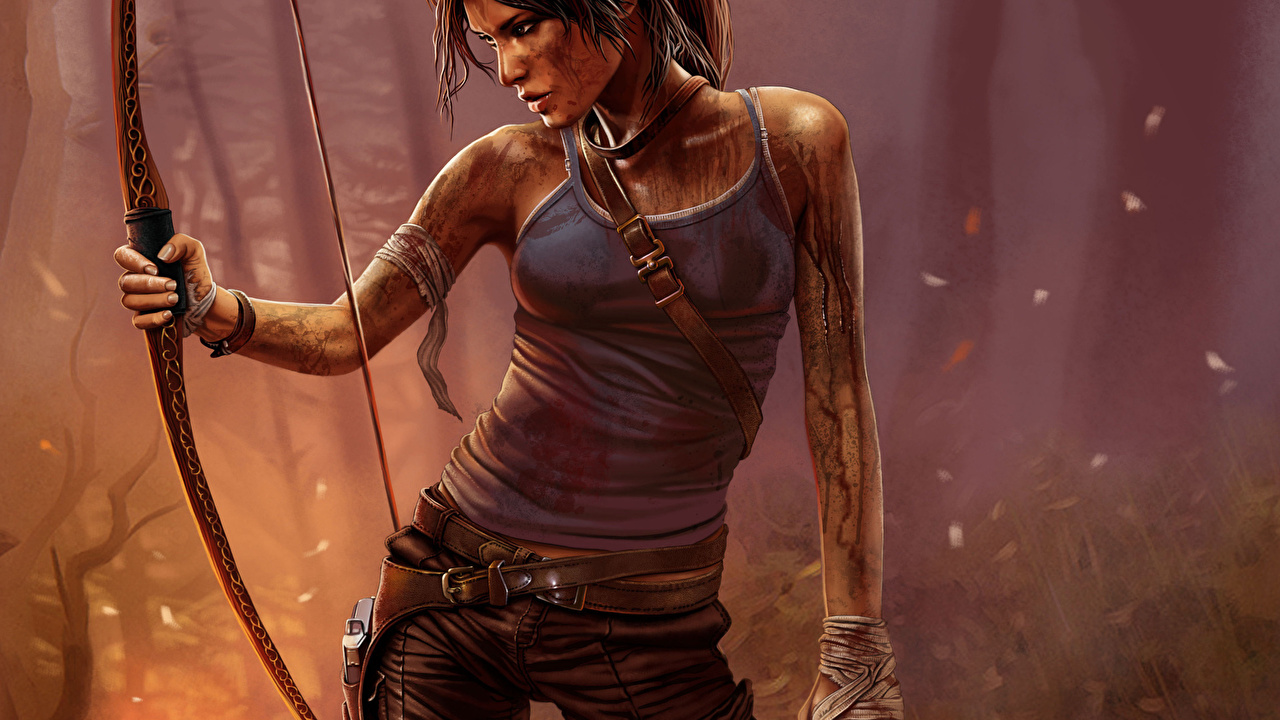 The beautiful Lara has been part of the gaming industry scene since 1996 and, throughout the years, has undergone extreme digital surgery on numerous occasions. Despite the changes, the adorable Brit has managed to stay with the gamer and become more famous with every passing year.  The 2013 game showed us a different kind of Lara, one that’s actually a real person and one who goes through a series of unpleasant events in order to be what she is in the previous games and movies. The game from 2016, the Rise of the Tomb Raider, only builds on the idea that you are the one who needs to shape the inexperienced girl into a cunning and stealthy warrior. The first reason we’re letting Lara be part of the list of female protagonists of 2017 is due to the film with Alicia Vikander. The movie generated a lot of attention throughout the year and made us insanely hyped for the next game in the franchise. The second reason is that, when it comes to Lara, we don’t really need a reason. :)

Harley Quinn, from Injustice: Gods Among Us 2 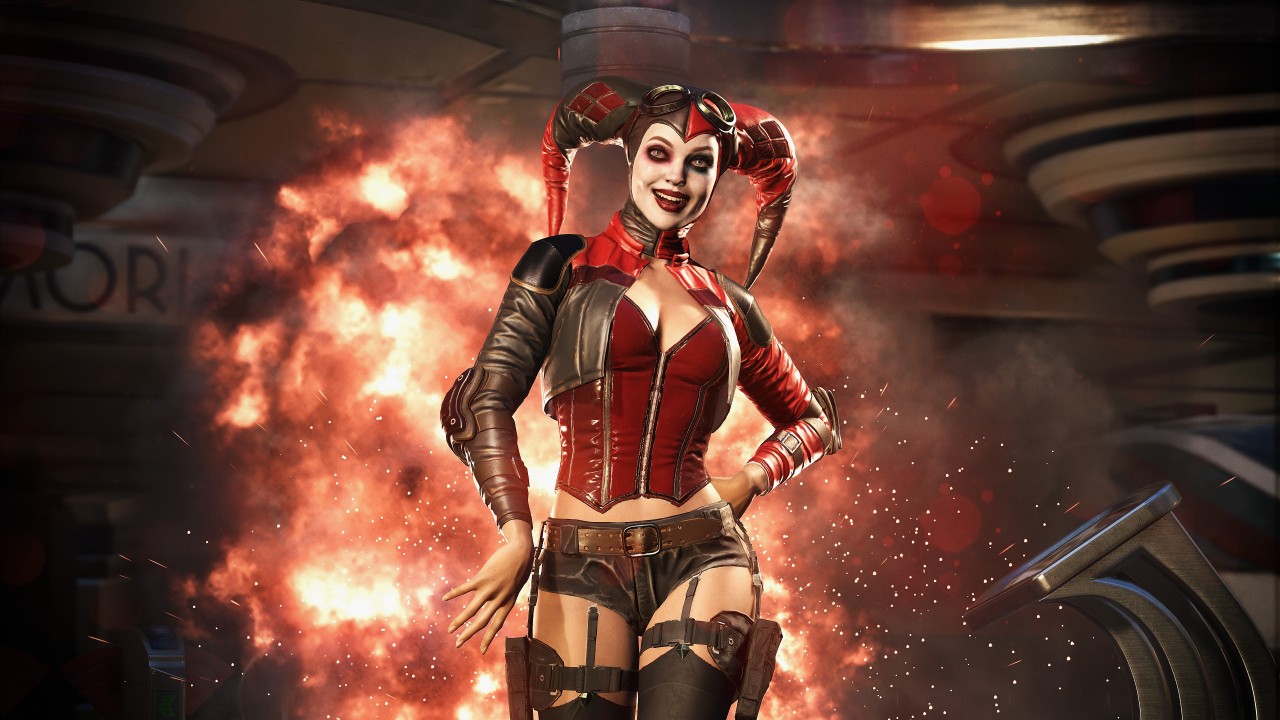 The movie Suicide Squad played a pivotal role in the rise of Joker’s right hand and it managed to generate quite the buzz for young Harley. Harley’s greatest power is her unparalleled beauty mixed with adorable unpredictability that makes the audience crave for more. Injustice: Gods Among Us 2 gives us a different kind of Harley, a true fighter who doesn’t pull punches and shows prowess no other anti(hero) can rival. Harley Quinn, by the way, has a very popular comic series, so if you want more of her, seek her out in that form of entertainment as well.

2B, from Nier, Automata

Nier, Automata is one of the most unique games we’ve had the pleasure of playing in 2017, not only because of the numerous gaming elements and complex modes, but also because of the talented and beautiful Android YoRHa No. 2 Model B or, in short, 2B. Gamers who were blown away with the Matrix movies and are in desperate need of more physics-defying games should look no further. 2B shows equal fondness for both melee and ranged weapons and the complex story with unexpected twists and turns only makes the gamer care for the girl more than it’s actually healthy. 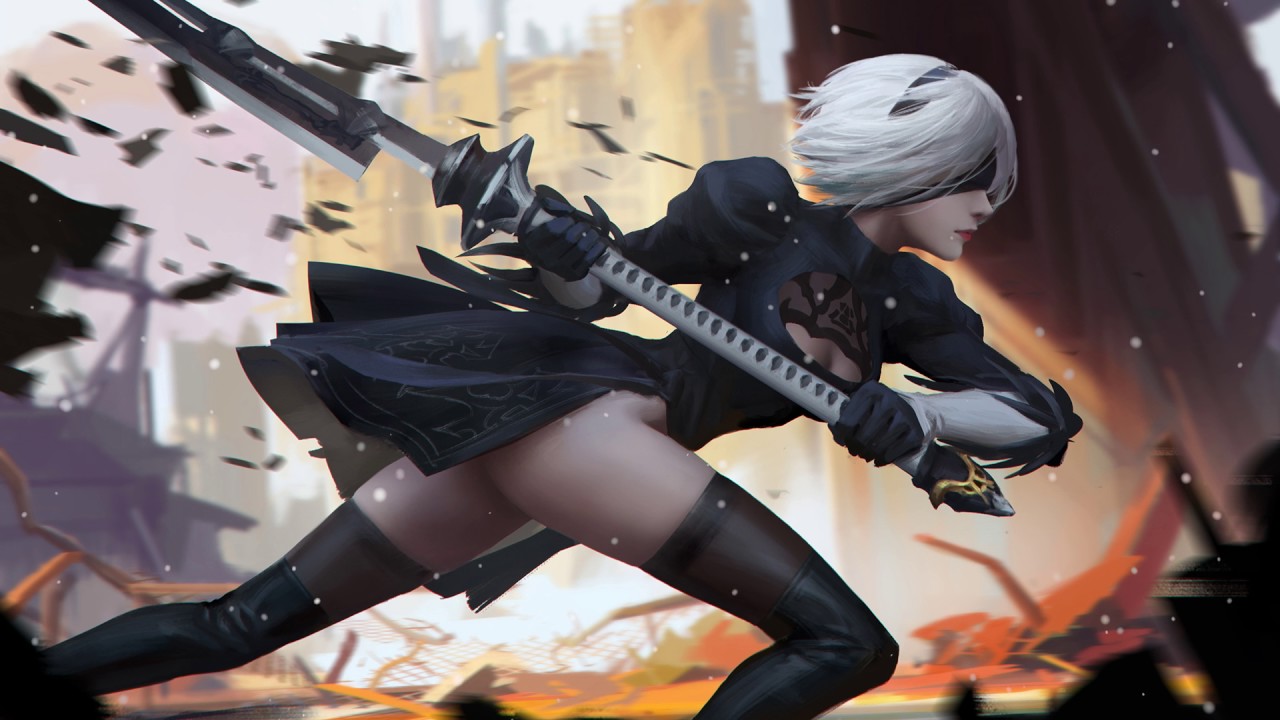 The first Dishonored let you play a hide-and-seek game of epic proportions with the skillful and ever-vigilant Corvo. In the second game, you have the choice of doing more of the same with the wonderful Emily. Dishonored 2 may be played from the first-person perspective but the numerous unique powers, as well as the striking story, never let you forget that you are playing with a girl that is as beautiful as she is deadly. Emily is tour de force, a breathtaking poetry in motion and, most of all, an undeniable proof that female protagonists hold key place in video games. 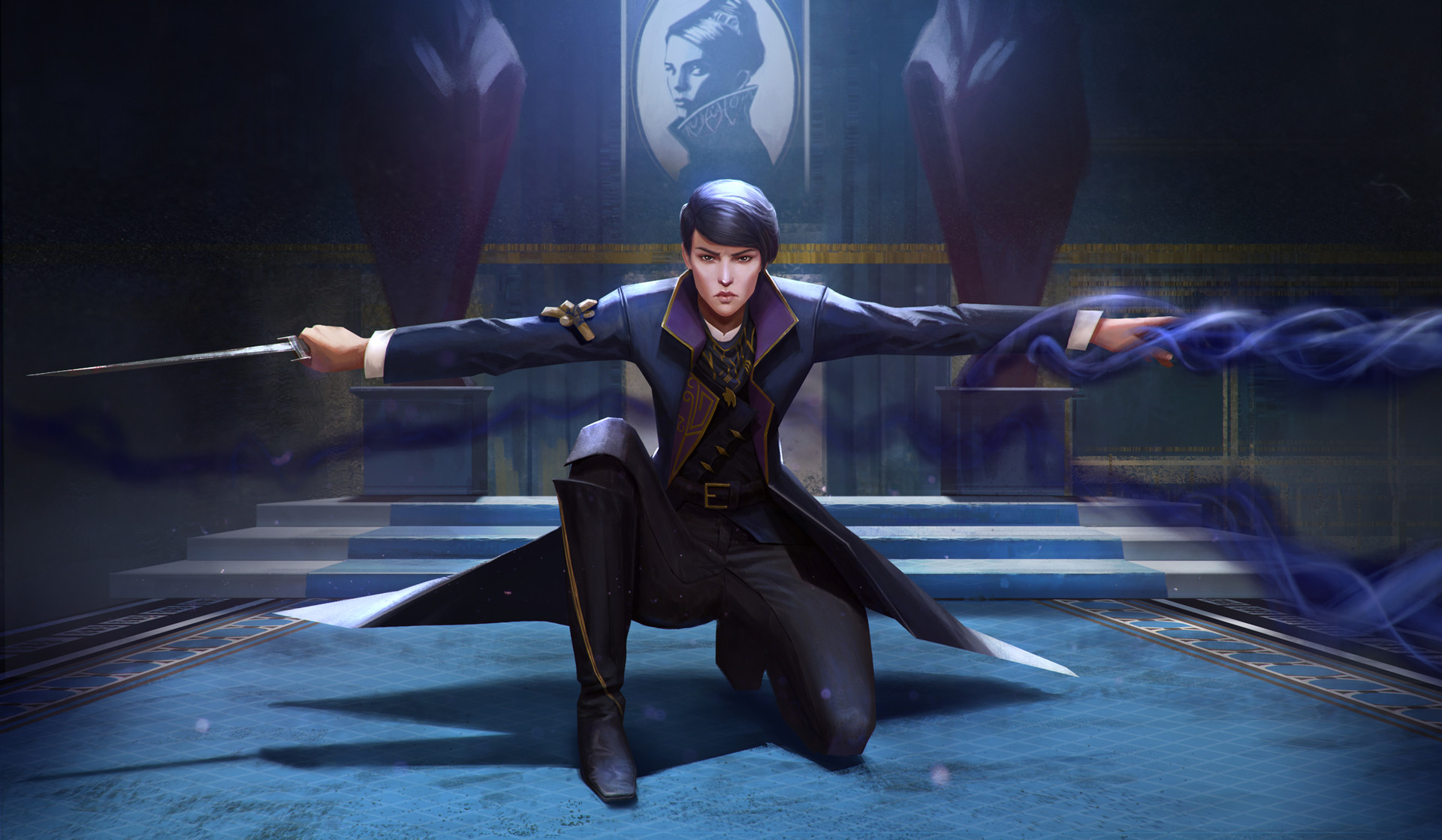 Hellblade: Senua’s Sacrifice comes from the vet studio responsible for the critically-acclaimed Heavenly Sword, Enslaved: Odyssey to the West, and DmC: Devil May Cry. As a game that pioneers in the AA game format, Senua’s Sacrifice deals with topics that are somewhat uncommon for games. The team succeeded in creating a complex world set in intriguing era of the Vikings and it bravely explores topics of psychosis and deep psychological disorders. Senua turns out to be a character that you will not be able to easily forget and her deep disorders and personal battles will haunt you long after you’re done with the story. 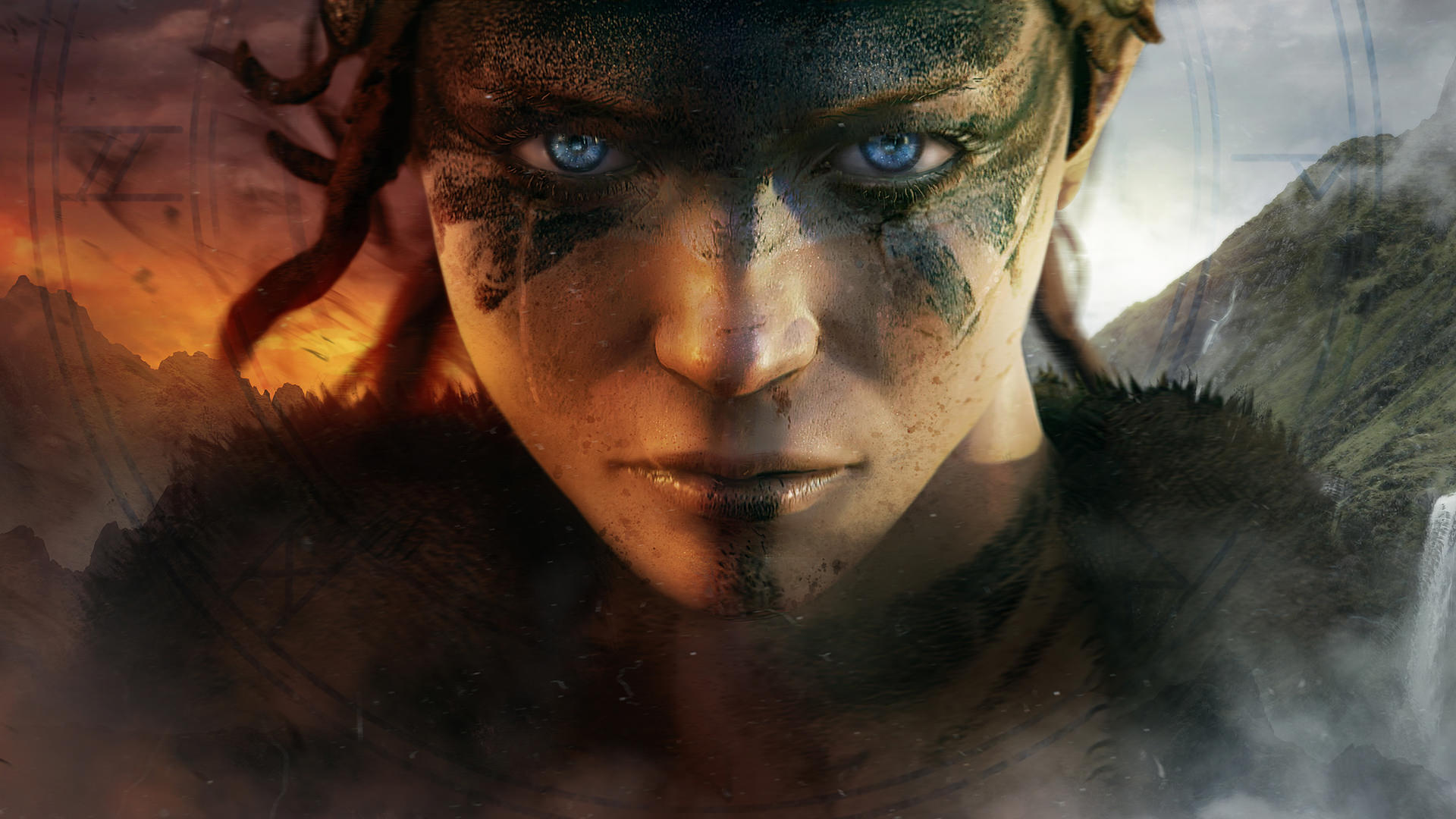 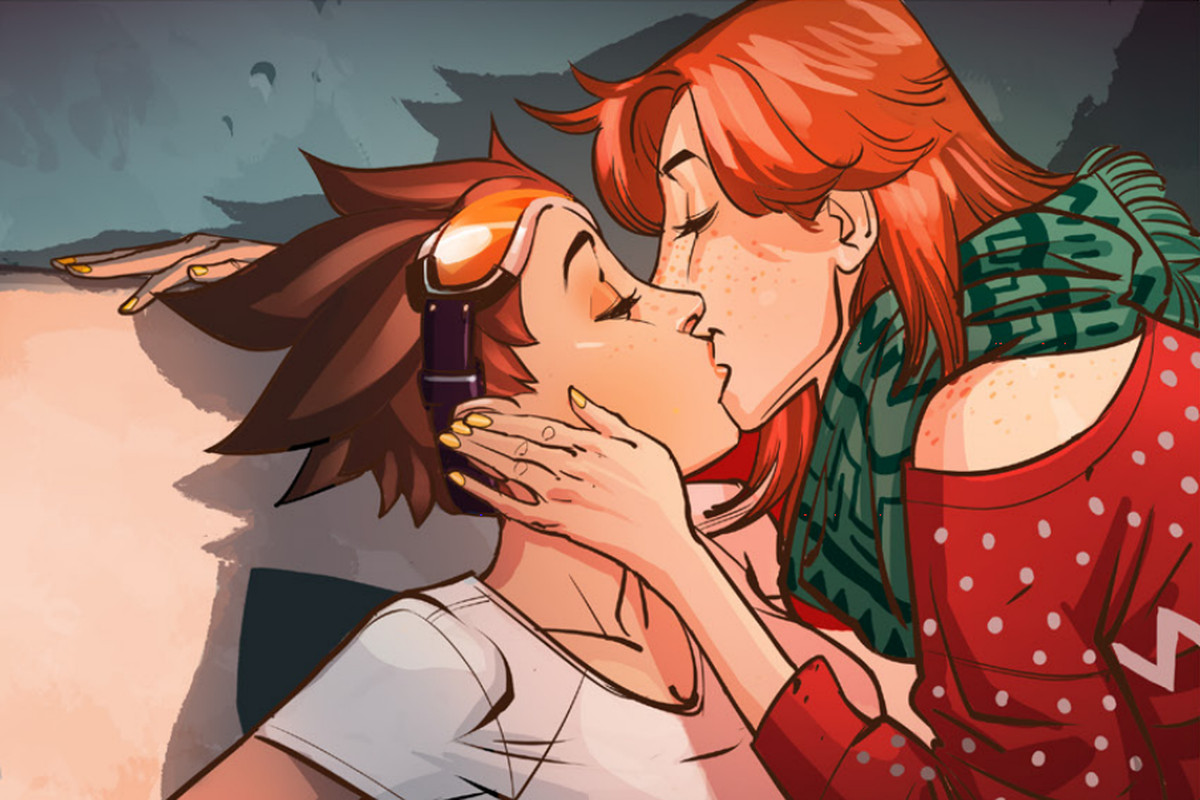 For a game that prides itself on having a story as an afterthought and solely focusing on multiplayer modes, Tracer grabbed a lot of attention, especially in 2017. The news of Tracer being gay spread like wildfire, the fans went out of their minds and started showing their support in the only way they knew how – via thousands of porn content in the form of comics, animation or explicit cosplay video materials. While one group welcomed Blizzard’s decision to introduce greater diversity in their games, another condemned it. Others were caught on neutral grounds and couldn’t help wondering why this information was pertaining to the game. Russia took further steps and even blocked the comic showing Tracer kissing her girlfriend. While this was happening, Tracer was happy to continue wreaking havoc on the battlefield and never ceased to impress with her imposing features.